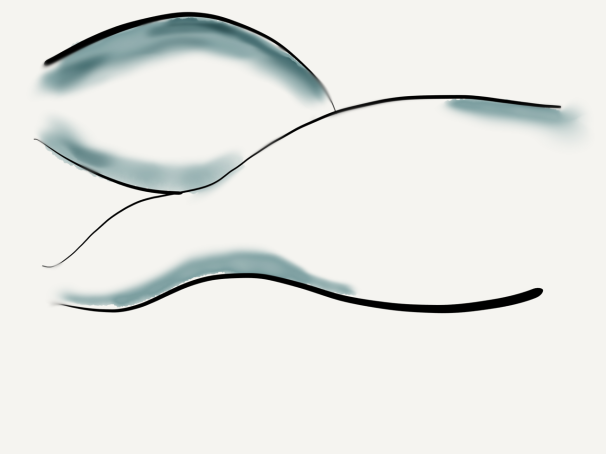 The first patient, a man in his late 70’s, ruptured in the emergency room at around four in the afternoon on a weekday, which was fortuitous, as the hospital was fully staffed, fully armed. The patient had arrived only a bit earlier with the complaint of severe abdominal pain, and soon after getting his CT, arrested. CPR commenced as I arrived by Dr. Timothy Ryan, our chief resident at that time.

The patient was wheeled upstairs with ongoing chest compressions. The anesthesia and operating room staff started a bucket brigade of blood -there was enough staff to start a symposium. Within 5 minutes of hitting the operating, I poured betadine on the chest and belly and took a blade and cut open the abdomen. Blood poured out onto our scrubs and to the floor and our shoes. I pushed my hand into the retroperitoneum, gently sweeping aside the torn tissues and blood clot to feel the hill of the aneurysm. I walked over the slope of the aneurysm and tweedled my fingers around the aorta above the aneurysm. The cross clamp rode my fingers into position around the aorta. The patient, so very dead minutes before in the ED, came back as I began to feel a pulse above the clamp. The patient lived through the operation and the night where grim data -pH of 6.8, lactates in the double digits, four figure LFT’s, kidney failure all predicted a bad outcome. And yet he survived, and a few days later, a second operation to washout and close his belly which had been left opened and packed occurred, and he recovered. We still talk about that day now three years out, and while he thanks me, I thank the whole hospital because I don’t remember speaking very much -the right things just happened around me as we worked, the whole hospital and me.

More recently, while I was finishing up two urgent cases, I got a call that the patient with the leaking aneurysm had arrived from across town and was becoming hypotensive.

Gratefully, one of my partners, Dr. Christopher Smolock, was rounding that Saturday and stepped in to finish up the last of the two cases while I ran down to the patient, a man in his late sixties, who had arrived in our acute aortic syndrome unit. 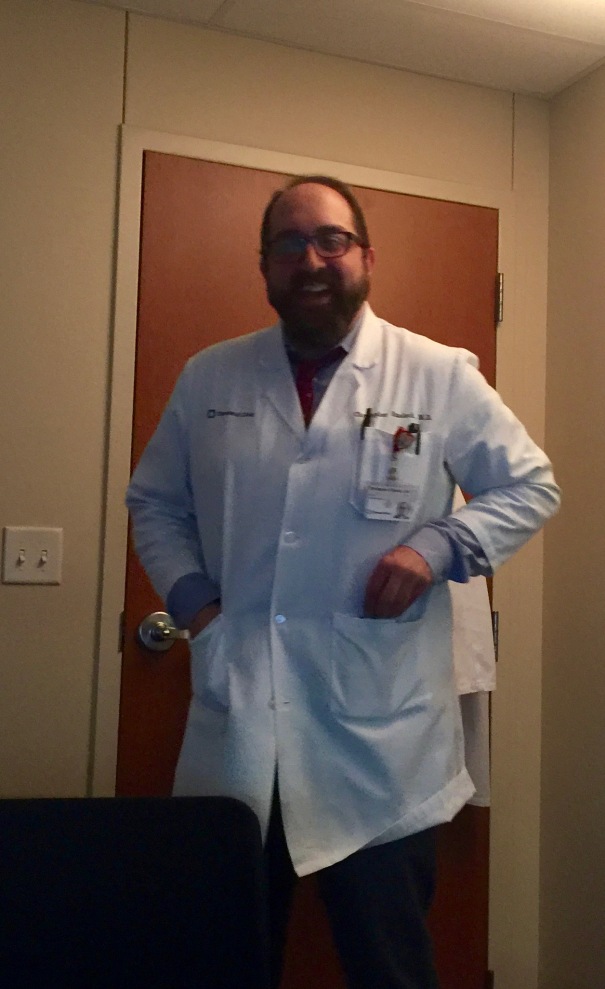 We conversed, the patient and I, and he understood what laid ahead. We rolled him up to the OR, and while we were prepping and draping, my fellow, Dr. Francisco Vargas, looked to me gravely and said with certitude, “I think he’s dead.” 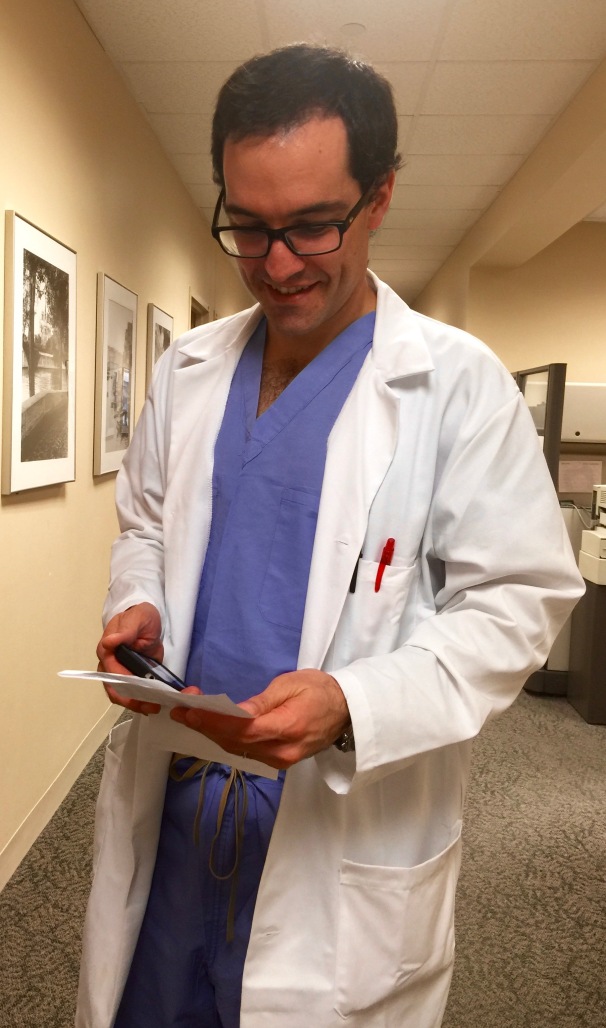 Chest compressions commenced and again, knife in hand, I cut him open from sterum to pubis and got the clamp on. It took 15 minutes of CPR to get a pulse back. I was very pessimistic as during the case, ridiculously bad lab data came back like a pH of 6.9, lactate above 10, no urine. 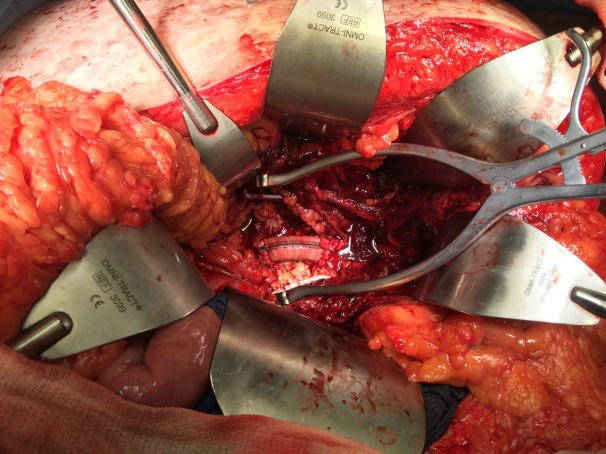 The blood bank sent down coolers like the kind you take to tailgates, only filled with blood and plasma. The aneurysm had grown like a rotten apple on a stick and the graft we needed to repair it was surprisingly short. He too made it to the ICU, and after a long recovery which included dialysis, a tracheostomy, and a reboot of the brain -the brain takes a while to recover from the anoxia, but his went “bonnnnng” like a waking Mac after days of spinning beach balls, and he started to follow commands. The morning before he transferred to rehab, we talked about what he could have done to prevent the rupture. Not knowing about it, not much, I replied. People traditionally lived to about 20-30 years of age, I said, before dying of disease, violence, or predation. Longevity has meant wear and tear on irreplaceable parts. We agreed it was good to be alive.

Ruptured aortic aneurysms are the sine qua non of vascular surgical practice. As a junior resident back in the antedeluvian 90’s, I remember one of my chiefs, Dr. Eric Toschlog, now a trauma surgeon out East, running a patient upstairs from the ER with a rupture, and before the attending arrived by taxi, had the graft in. When it became my turn, as a fellow working on a patient who had been helicoptered in from the frozen wastes of Minnesota, I remember playing a trick with my mind -that the patient was proportionally the same size as the rabbits I was working with in the research lab, that I was really big and the patient’s aneurysm very small. This works to calm the heart, steady the hand. Nowadays, my mind is blank, and my hands working reflexively.

There has been a series of papers that create scores that allow prediction of odds for survival, and both of these patients, particularly with their prolonged CPR, have greater than 90% predicted mortality on these measures. In this month’s JVS, Broos et al, in the aptly named paper, “A ruptured abdominal aortic aneurysm that requires preoperative cardiopulmonary resuscitation is not necessarily lethal” describe a 38.5% survival rate among their series of patients with rupture who had CPR (ref 1).

Practically speaking, no one I know would use these scores to decide to not operate. While many series show better survival for emergency EVAR compared to open repair, several randomized control trial failed to show better results when these methods were directly compared. A retroperitoneal approach is preferred by some in our group, but having tried both closed chest CPR with the patient in right lateral decubitus position and open cardiac massage -(both died), I prefer supine.