I recently repaired a traumatic aortic dissection and was struck by how far along things had progressed since I was a resident. I remember seeing a Q&A in the mid nineties where Dr. Mattox expounded on the gold standard for diagnosing traumatic aortic injuries which at that time was contrast aortography. This caused many struggles trying to arrange for arteriography in the middle of the night (these accidents usually occur then). The repairs were open and very morbid for severely injured patients, particularly those with closed head injuries and fractures. This all changed in the early 2000’s as I had mentioned in an earlier post (link). The grafts were homemade (figure) 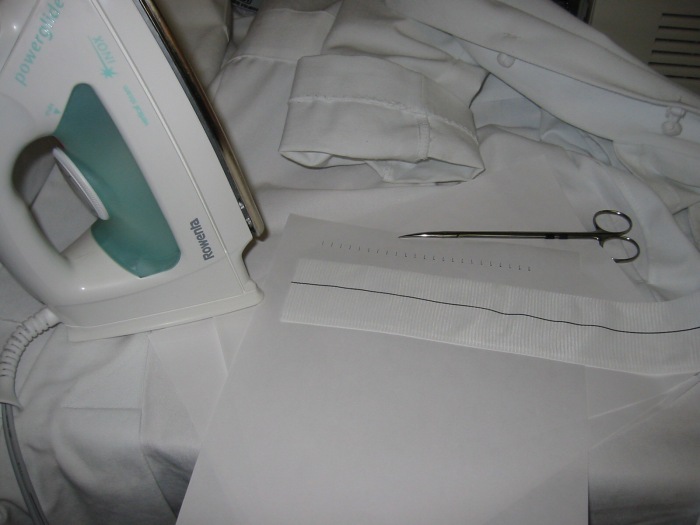 and this was literal -the picture is from my kitchen back in the Bronx in 2004. The grafts were cumbersome to deploy and required long 24-28F sheaths that frequently required iliac and aortic exposures.

The revolutionary breakthrough was the fact that thoracotomy and partial cardiac bypass could be avoided. Durability was largely assumed as these patients rarely came back for followup.

Fastforward to 2015. CTA is done with 64 slice CT scanner with EKG and respiratory gating eliminating the artifacts that caused Dr. Mattox to assert that aortography was the gold standard. Software based image reconstruction can aid treatment planning in ways that greatly exceed the caliper and ruler methods we had in 2004.

The grafts are currently into their second generation of development and have small profile and trackability that allows for percutaneous delivery and treatment.

The device, a Gore C-TAG device which has an FDA trauma indication, is clearly better than our homemade device. Deployment does not require pharmacologic or electrical bradycardia or asystole. 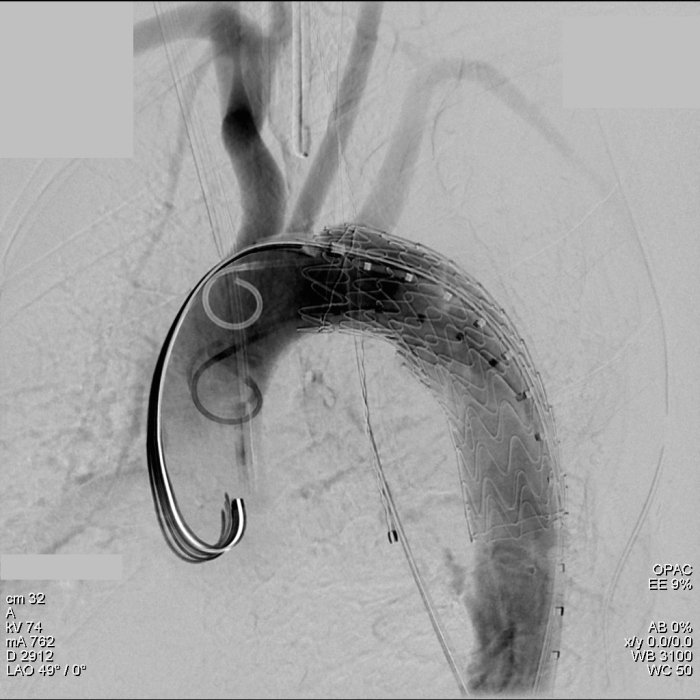 The idea behind this design is conformability of the smaller stent elements. The aortic injury is even outlined by the stents in the aortogram above. The bird-beaking that was common to the prior generation of graft is not seen in this aortogram.

Where does this need to go next? At 18-24F access requirements need to become 12-18F and for the same reason, the grafts need to be available down to 14-18mm as trauma doesn’t just happen in middle aged men. Aside from that, it is a definite improvement over what we had in 1995 and in 2004.