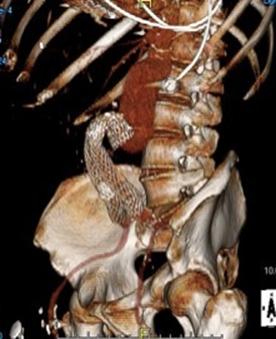 This patient presented with abdominal pain and found to have a 9.5cm AAA. CT showed a previous stent graft that had slipped its moorings from a very short neck, and had actually flipped down on itself. 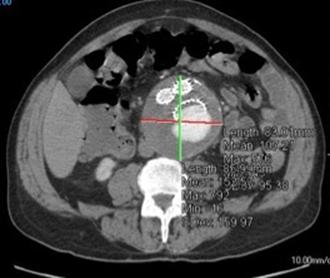 The patient was a very sick man with an AICD, end stage CHF, and severe COPD on home O2, and had been turned down for a heart transplant. He relayed that surgeon who had performed the EVAR 6 years before had informed him to follow up with his primary care physician. 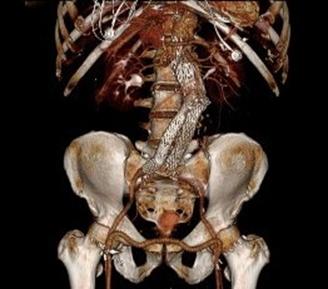 This patient was repaired with an AUI-Fem-Fem with plug occlusion of his left iliac. The patient recovered and was POD #6, to his home.

This was not the first patient I had like this. Pictured below is another patient with a similar scenario from my personal photo bank. It is important to understand that aneurysms are dynamic, particularly if tortuous. Many of the early generation grafts were placed with great enthusiasm in all sorts of anatomy and they come back to us. Here at the clinic, Dr. Eric Turney and others reported that from 1999 to 2012, 100 patient required EVAR explant. Overall mortality was 17%, with an elective case mortality of 9.9%, non-elective mortality of 37%, and 56% mortality for ruptures (reference). Excluding the 13% of cases that were infected, progression of aneurysm disease was identified as the cause of late (>5yr) failure. It is a major source of open aortic experience for our trainees. 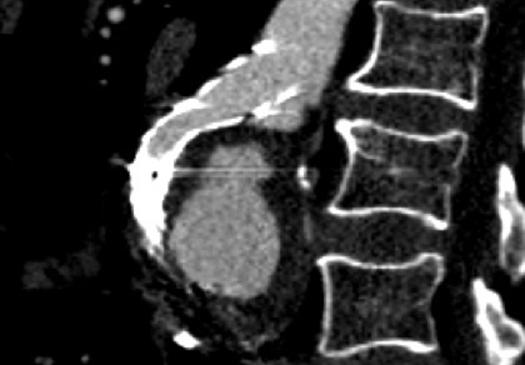 Illustrated below is the mechanism for loss of primary seal when there is a great deal of anterior bowing. Technically, anchoring mechanisms in modern grafts have worked to prevent or delay this effect, but it is something to consider in tortuous anatomy. 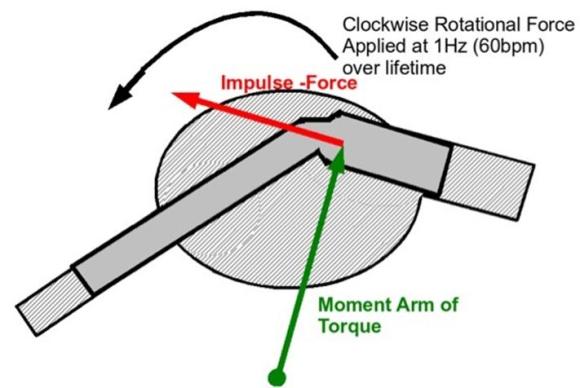 One reply on “AAA Dynamism”

A helical designed graft like Aorfix or anaconda doesn’t fight tortuousity like “z” stents do and therefore go with the flow or the morphological changes over time. Dr malas from john Hopkins will speak on this dec 2 at the medical mart. You should attend