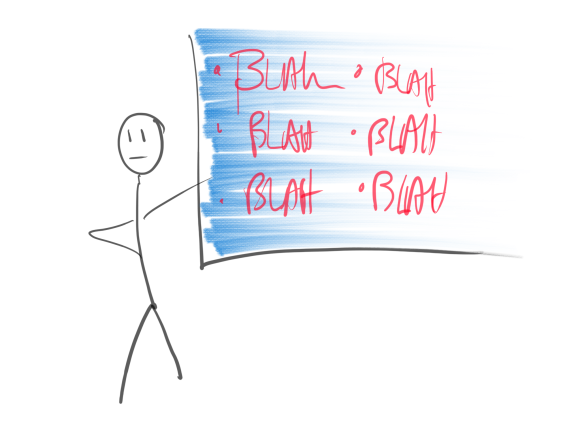 When I lecture to interventionalists (cough, cardiologists), I often end with some variation on the following:

1. The common femoral artery is the left main of the leg, so why would you ever leave a stent across the LCX?

3. Gangrene and ulceration are like STEMI and Non-STEMI, only you can’t take the dressing down on an infarcted heart three times a day and wash away the debris.

4. If a LIMA to LAD isn’t a failure and lasts many years beyond the best stents, how is a femoral to tibial bypass a failure?

5. Why is that [insert technology] is a failure in the coronary circulation but the latest and greatest thing in the peripheral circulation?

6. Reversible ischemia is well demonstrated in the foot by lifting it off the bed and watching the color change. It’s too bad for vascular surgeons we can’t build a giant white box around this test and have have the hospital build a center around it.

7. The ABI is a great test of cardiac risk, not so much for peripheral vascular disease.

9. The nitinol throne is not won without some cost.

10. One day, in the far future, someone will dig up an ancient human that is more nitinol, stainless, steel, and chromium, than bone, from the mitral valve out to the fingers and toes.

2 replies on “Last Slides Should Pack a Punch”

Best post ever! Do you bring a shield to protect yourself from those “interventionalists” when you deliver that last punch? I have to admit that I would be afraid to do so unprotected!

Very well written. Excellent points raised. But the sad reality is that the counter argument is coming from the vascular side rather then the cardiologists. It would be great to put your argument into a poster in every major vascular meeting